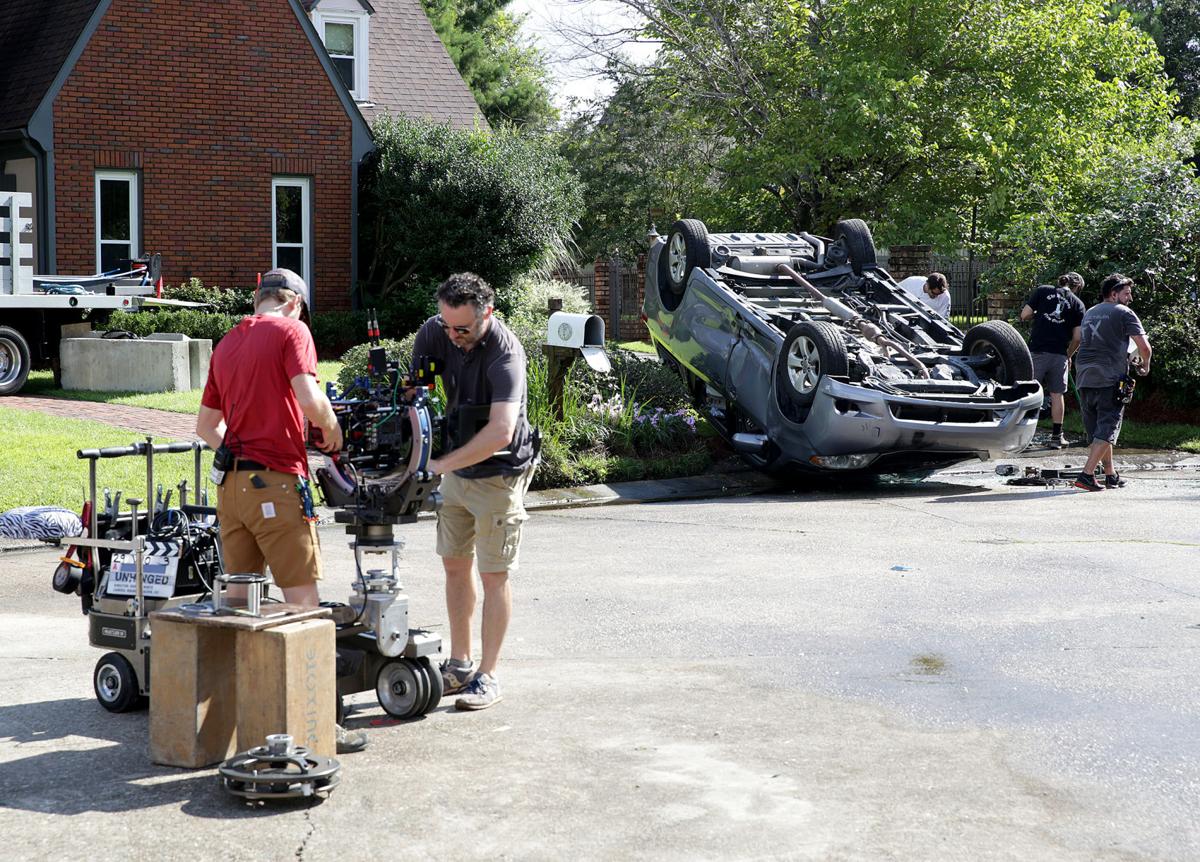 The crew of ‘Unhinged,’ a movie starring Russell Crowe, breaks down a camera to shoot from another angle while filming a scene in the Chateau Estates neighborhood of Kenner on Monday, July 29, 2019. 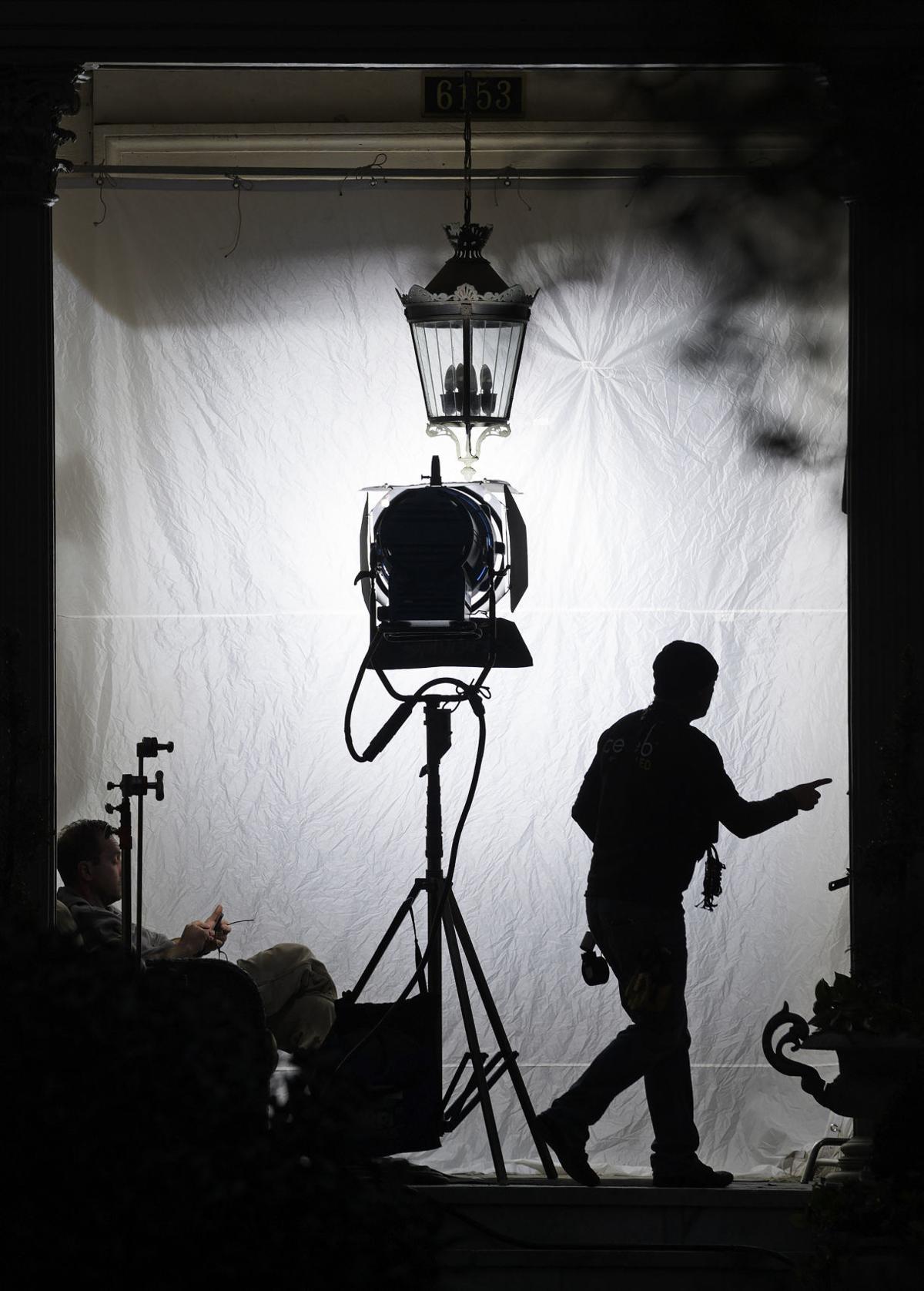 Members of the crew work on an episode of the second season of the television series ‘Claws’ in an Uptown home on the 6000 block of St. Charles Ave. in New Orleans, La., Friday, Feb. 2, 2018.

Shooting takes place on the set of “NCIS: New Orleans.” 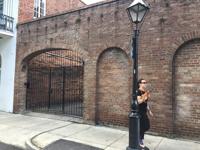 A gated parking lot at 719 St. Ann Street is the exterior of the headquarters for the TV show ‘NCIS: New Orleans.’ Interior scenes are filmed on a sound stage.

Ava DuVernay and Oprah Winfrey’s New Orleans-shot and set series ‘Queen Sugar’ tells the stories of siblings Ralph Angel (Kofi Siriboe), Nova (Rutina Wesley) and Charley (Dawn-Lyen Gardner) as they reconcile their often-tumultuous present with their family’s rich past in Louisiana sugar country. The production’s state filing showed the third season would be shot on an estimated budget of $46 million. Of that, $34 million was expected to be spent in-state, with $14 million going toward Louisiana payroll.

In early March, Pelican Events was leasing trailers, generators, hand-washing stations and other gear to eight productions filming in or near New Orleans, including “Queen Sugar,” “Claws,” “NCIS: New Orleans” and “Your Honor,” a new legal drama starring Bryan Cranston.

It was shaping up to be a blockbuster year for the local company, until the coronavirus lockdown pulled the plug on the Louisiana film industry.

“We were as busy as we’ve ever been,” Pelican founder/owner Dolph Federico said. “Then we went from our busiest year ever to complete zero.”

So Federico was relieved to hear Mayor LaToya Cantrell say recently that the local film industry would likely reopen by July.

But first, the major Hollywood players – the studios and the unions that represent actors, directors and crew members – must agree on industry-wide standards for filming in the coronavirus era. Those standards must take into account not only the safety of actors, crew members and the public, but the associated costs.

Negotiations at the national level are ongoing, said several people involved in the local film industry. The results of those negotiations will undoubtedly alter how local film shoots, whether on location or on sound stages, operate.

Whatever changes may be afoot, locals that depend on the film industry are eager for cameras to roll.

Fourteen films and TV shows were in production or pre-production in New Orleans when the lockdown began in early March.

The only permitted shoot in the city since then was for “United We Sing: A Grammy Salute to the Unsung Heroes,” a CBS special hosted by New Orleans native Harry Connick Jr. that is scheduled to air June 21.

The production shot scenes at several locations around town the week of May 14. Connick was spotted on a deserted Bourbon Street, dancing in gloves and a face mask.

Some locals in the film industry were upset that it was allowed to proceed when other productions were still idled. The mayor’s office, in a statement released that week, said that “in accordance with the City’s ‘Stay Home’ order, safety protocols, including social distancing and wearing masks and gloves, are being enforced.”

Most locally shot productions employ union actors and crews. For those to resume, studios must agree on new safety protocols with the Screen Actors Guild, the Directors Guild of America and the International Alliance of Theatrical Stage Employees, or IATSE, which represents behind-the-scenes technicians and artisans on a film set involved with construction, electrical, craft services, special effects, painting, props, set dressing, etc.

Safety may be the chief concern, but all involved in the high-stakes negotiations have their own angles and interests. Studios want to keep costs down. Unions want to preserve jobs.

Cory Parker, the business agent for IATSE Local 478, said his members are ready to work once coronavirus safety protocols are locked in.

“Our hope is to get back to work sooner rather than later, but we’re in no rush to do anything that jeopardizes the safety of the crews, the actors and the public,” Parker said. “Everybody’s No. 1 interest right now is safety. These are unusual times. There are so many layers to it.”

But they must also address the unique aspects of a film shoot, said Chris Stelly, Louisiana Economic Development’s executive group director for entertainment.

“All the unions and guilds are working out comprehensive, granular, in-the-weeds protocols on how to handle everything from craft services to crowd scenes,” Stelly said.

“How do you handle large crowds? Will more of those types of scenes be done in post-production? How does hair and make-up engage with actors? What is the layout of sets? Things will look different.”

Carroll Morton, director of New Orleans’ film office, said the city is writing its own COVID-related guidelines “to address concerns the public may have about filming in their neighborhoods.”

Going forward, crew sizes, sets and productions might be smaller, with a higher level of safety and security. Productions may also opt to shoot more on closed sound stages instead of on location, at least in the short term. “That’s what I’m hearing from producers,” Morton said.

When the shutdown hit, CBS and Disney were each shooting a new series on the 22-acre Chalmette campus of The Ranch Film Studios, which opened in 2014. The sets are still in place, and each show is slated to film more episodes, The Ranch founder Jason Waggenspack said.

“I think we’re going to see a lot more studio-based shoots, where you can control the environment. It’s going to be different until the general public gets comfortable with (film shoots) moving all over the place.”

Outdoor locations, on the other hand, offer the benefit of fresh air.

“There are certain challenges to each” type of shoot, Stelly said. “As long as you practice the safety protocols that are in place, I think we’ll see a healthy mix of both.”

Morton, like Stelly, is in frequent communication with producers and location managers of productions that were interrupted by the pandemic. “My understanding is that the majority, if not all, of these intend to come back and film,” Morton said. “The question is more ‘when’ than ‘if.’”

Mid-July is a likely starting point but, Morton said, the precise timing depends in part on the “next-phase guidelines from the state and city, and when these guidelines align with allowing film productions to take place on our streets again.”

Parker, the IATSE rep, said getting back to work in July is realistic “as long as we can work with local government and come up with the right scenarios.”

Stelly sees “everything trending toward late summer and fall. A lot will depend on where we are as a state, and any additional local restrictions.

“Most productions have indicated they’re ready to come back. As to when, that’s up to each production. We’ll have a better understanding once the industry guidelines are out.”

One thing everyone agrees on is that, with much of the country having been cooped up at home watching television for weeks – and with an ever-growing array of distribution platforms – the demand for fresh content is high.

The local film industry stands to reap a windfall as a result.

“I believe it will be gangbusters,” said Waggenspack, who, like Parker, serves on the executive committee of the Louisiana Film & Entertainment Association, a trade group that promotes the state’s film industry. “We see the future as very bright. Hopefully Louisiana will be primed to take advantage of that opportunity.”

Based on the amounts of queries he’s received, Stelly said, “Louisiana is on the forefront of a lot of content creators’ minds. I think we’ll be alright. People will get back to work soon.”

Parker, who said the average annual income for local IATSE members is $64,000, believes the next few months will be “incredibly busy. We will have a huge impact on the economy if we make the right moves. The amount of money spent locally is amazing.”

Pelican Events, for one, is eager to earn some of that money. Between its lost film industry rentals and cancellations for its event production business, Pelican’s gross receipts are down $2.5 million over this time last year, Federico, the company’s owner, said.

Anticipating the new coronavirus film protocols, Pelican has invested in eight hand-washing trailers, with multiple sinks and hot running water, at a cost of $15,000 apiece.

“They’re ready, but we’re not back at work yet,” Federico said. “I didn’t see (the shutdown) going this long. I’m glad the city is trying to open the door a little.

“As soon as Hollywood figures out its agreements with the unions, we’ll be ready.”