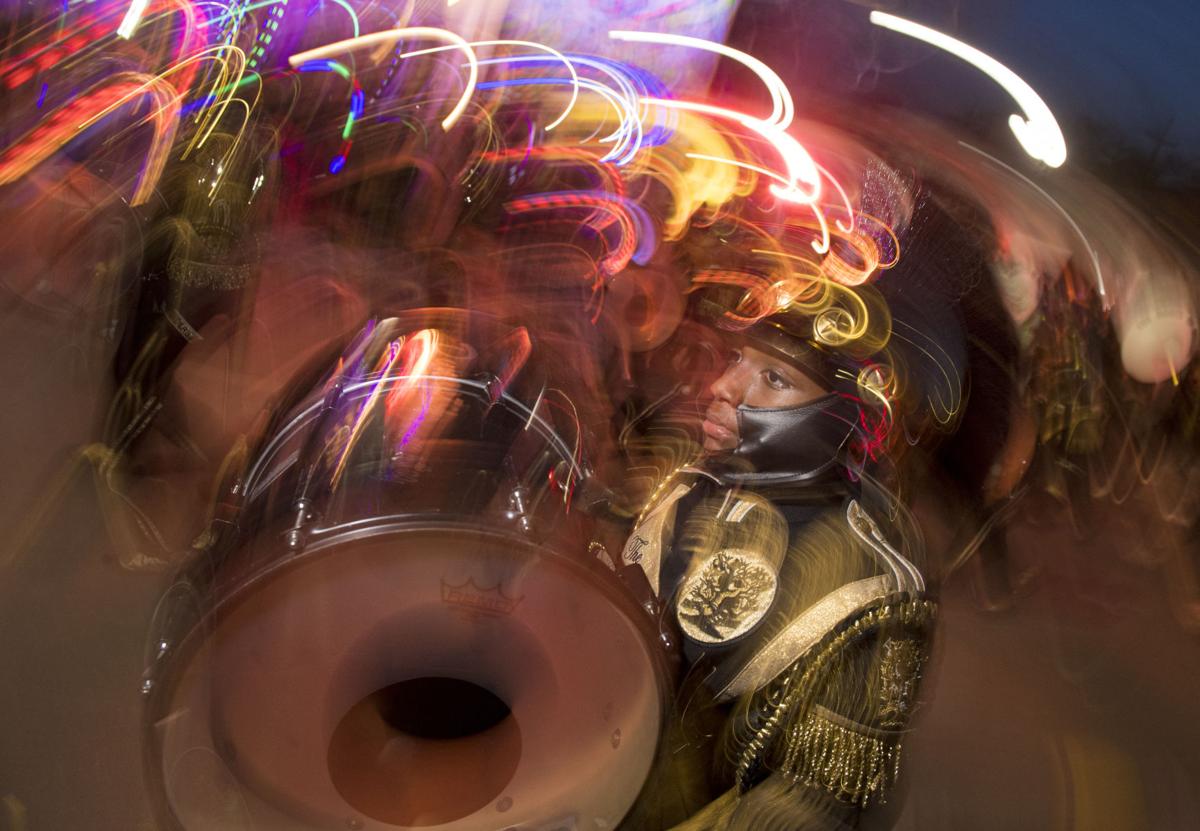 The Roots of Music marches in the Bacchus parade in New Orleans on Sunday, February 23, 2020. This year’s theme was “Bacchus’s Wild, Wild West” and it was led by 1,600 riders. Riding as special guests were the Little League World Series Champs from River Ridge. Some of the floats had titles such as “Buffalo Bill and Annie Oakley,” “Sheriffs and Outlaws.” 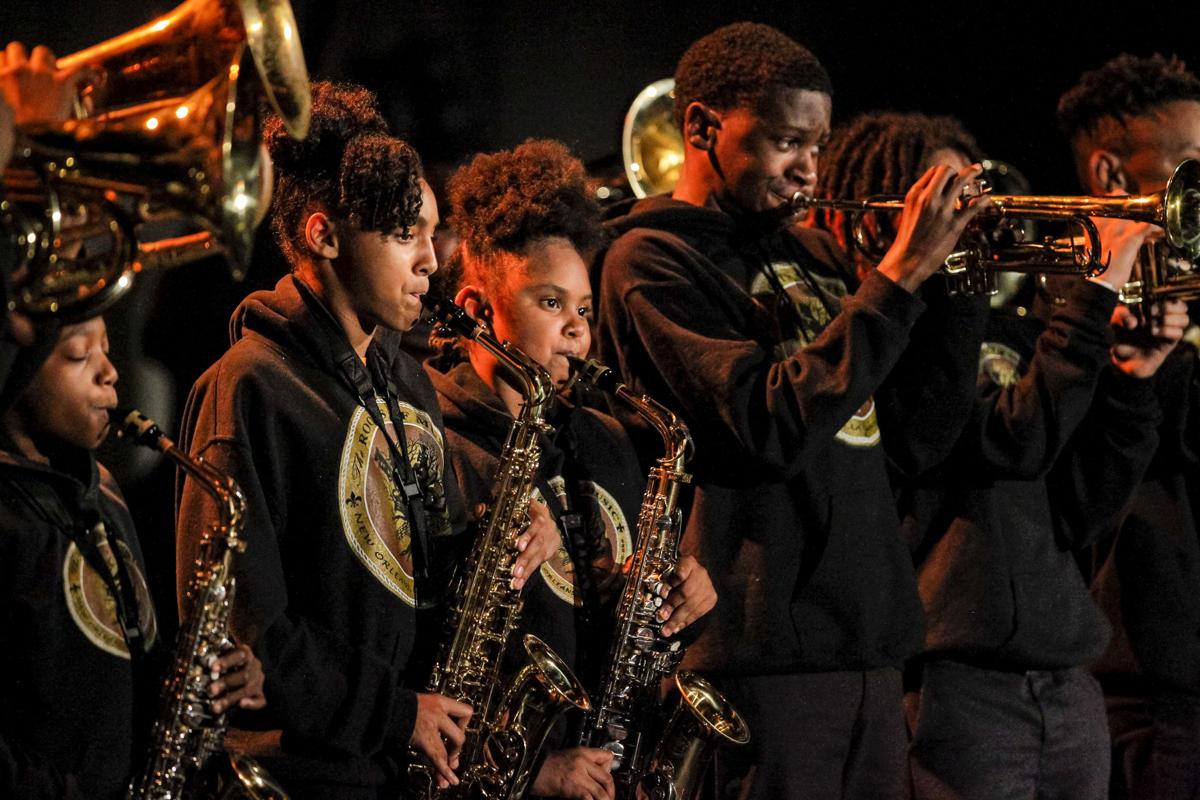 The Roots of Music Marching Crusaders make their way through the New Orleans Jazz & Heritage Festival 2019 on Friday, April 26, 2019. (Photo by Brett Duke, NOLA.com | The Times-Picayune) 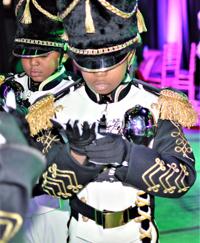 Black gloves are part of the snappy uniforms for Roots of Music Marching Crusaders drum majors. 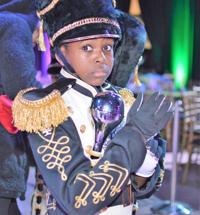 Coronavirus-mandated “distance learning” is complicated enough for students learning math and reading. Learning how to be a marching band online is even harder.

The Roots of Music, the acclaimed after-school marching band program, was, like schools, forced to reinvent itself once stay-at-home orders kicked in this spring.

Instead of busing 150-plus middle school students to its campus at St. Paul’s Lutheran Church/School in Faubourg Marigny, as it typically does five days a week, the program shifted to teaching music remotely.

“It’s not a perfect solution,” Roots of Music interim managing director Suzanne Raether said. “Musicians need to play together. It’s hard through the internet. It’s not natural by any means, but it keeps the program going.”

Following a socially distanced graduation performance this week for the 30 students who are aging out of the program, Roots of Music will transition into its reinvented summer session. It will also face questions about its financial future.

Under normal circumstances, the students in the Roots of Music program are tutored, helped with homework and fed a meal.

They are also molded into a marching band of disciplined young musicians who proudly put their skills to use in Mardi Gras parades and on festival and convention stages.

Roots of Music was founded after Hurricane Katrina by Derrick Tabb, the Rebirth Brass Band’s snare drummer, as a sort of refuge. The mission, and the program, have only grown since then.

The benefits for the students themselves are obvious. But Roots of Music also serves the greater good by giving kids a beneficial outlet and by training the next generation of musicians.

Roots of Music has enjoyed support from an eclectic cross-section of the larger musical community. Singer-songwriter Ani DiFranco, who lives close enough to St. Paul’s to hear Roots of Music rehearsals, sits on the board.

During contemporary Christian singer Lauren Daigle’s sold-out Christmas concert series at the Saenger Theatre in December, she invited the Roots of Music to perform, and presented the organization with a $60,000 donation from her foundation.

Such windfalls help prop up the program’s bottom line. But when the monthly bill for the school buses is $10,000, much more is needed on a regular basis.

Roots of Music can make a few thousand dollars a month from performances at festivals and conventions. But the pandemic wiped out the spring and summer seasons. Thus, Roots of Music finds itself, as a program, in the same predicament as pretty much every other musician and band in town: scrambling to make up lost income.

Beyond the income, the performances — Roots of Music likely would have performed at Disney World and in Europe this summer — are invaluable experiences.

“We’ve lost out on income as well as opportunities for the kids,” Raether said. “Not many 10-year-olds get to go play in Amsterdam.”

Many Roots staffers are professional musicians who have lost their gigs as well, making their Roots of Music paychecks even more important. The organization worked with Fidelity Bank to secure paycheck protection funding for its staff.

“I was adamant that I didn’t want any staffers to go on unemployment,” Raether said.

Financial pressures facing Roots of Music have a ripple effect. After 177 consecutive years in the Marigny, the St. Paul’s school closed in 2017. The church sought a nonprofit educational entity as a new tenant for its empty school building. In 2018, Roots of Music moved in.

The rent, even discounted well below market value, makes up a sizable percentage of the church’s operating budget. If Roots of Music can’t pay its rent, that impacts the church, too.

Give NOLA Day, the annual 24-hour initiative of the Greater New Orleans Foundation to encourage donations to regional nonprofits, is Tuesday. The Roots of Music is one of many programs seeking support.

Meanwhile, the staff is considering different ways to get students together this summer, at least in small ensembles.

“They need to play together,” Raether said. “We’re trying to figure out how to do it safely and equitably, because not all of our students have transportation. But it will really hurt their musicianship if they just play solo all summer. And they’ll get bored with it.”

Two days after Roots of Music shut down the St. Paul’s campus in March, students started calling to see about getting their instruments, which were sanitized and delivered to their homes.

“We’ve trained them to use music to express themselves and, in tough times, to lean on their instruments,” Raether said. “That’s what they’re doing.”