Half of the roughly 1,500 restaurants in New Orleans may not survive 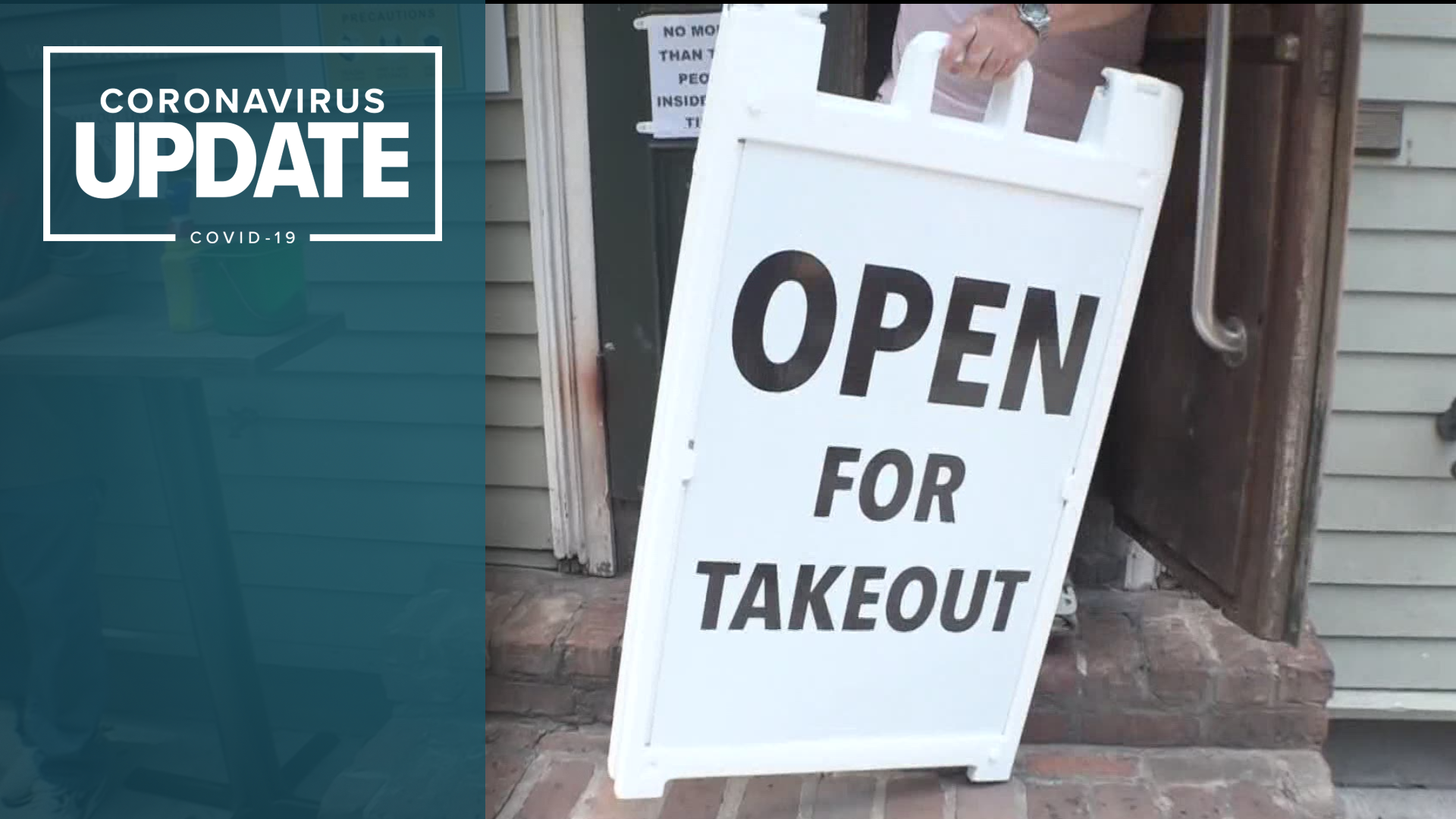 The future of New Orleans restaurants is in the hands of locals
Author: Thanh Truong / Eyewitness News
= November 2, 2020

NEW ORLEANS — When was the last time you ate at a local restaurant or ordered take out from one of them?  Doing so could help determine the future of certain restaurants and the broader local industry.

In the absence of the more than 19 million visitors and tourists who came to New Orleans last year, it will be up to mostly locals to sustain the hundreds of restaurants that have made the city’s food scene world famous.

Even with the name recognition of Galatoire’s, the French Quarter restaurant calls it a good day if it turns a profit during the COVID-19 pandemic.

“That’s really the name of the game right now, to lose as little as possible,” said Melvin Rodrigue, the president of Galatoire’s.

At Dong Phuong bakery and restaurant in New Orleans East, recovery is slow months after the separately operated businesses reopened.

“You’ll see during the weekdays that it’s not as busy as it used to be.  Overall, we’re about 50% down compared to normal,” said Kevin Tran of the restaurant portion of Dong Phuong.

Café Sbisa on Decatur Street is preparing to return from almost eight months of shut down.

“I’m excited and nervous at the same time.  We had a very good amount of business before all of this took place.  Now that this pandemic is going on, I really don’t see or know where it’s going to go,” said Alfred Singleton, chef and owner of Café Sbisa.

No one seems to know where the local restaurant industry is going.  Its current situation is unstable because of the coronavirus.  Stan Harris with the Louisiana Restaurant Association says many restaurateurs are simply holding on.

“It’s kind of like if you fall off the side of a boat you’re holding on for dear life.  At the same time, you have to ask yourself are they paying themselves? Are they able to stay up on the rent? Are they able to employ more people?” Harris said.

Virtually everywhere you look in the New Orleans metro area you see reduced hours, reduced capacity and reduced staff.  To further cut cost and ultimately to keep operating, many restaurants must offer smaller menus.  Melvin Rodrigue says Galatoire’s is serving up fine dining to patrons while being careful with its own budget.

“The revenues are not high enough.  You have to curb the expense in any way that you can.  We have four kitchens in these two properties and since we reopened in May, we’ve only operated out of one of them to try to curb the expenses to the best of our abilities,” Rodrigue said.

For the families running Dong Phuong, they’re tapping into their immigrant mentality to get through one of the deepest downturns in recent history.

“So, we literally take things like day by day.  Whatever issues come up we just try to fix it and then deal with it.  This is how my family has been.  We’re kind of the family that puts our heads down, knock it out crank it out, whatever we can do with what we have,” Kevin Tran said.

As restaurant revenues are shrinking, the massive shift in food to go is fueling the growth at D’livery NOLA.

“The joke of it is we’re dine-in guys.  We like to eat in restaurants,” Stephen Bandi said.

“We never believed that our business was anything but a secondary source of income.  We always come to the table as an avenue to help these businesses just get a second stream of income and respect the food,” Harrington said.

What began as their second stream of income is now their main priority.  While some high-end restaurants resisted doing delivery before, the game is changing.

“To go business for a lot of these restaurants was always an afterthought.  Takeout business today could be 30% of the revenue,” said Stan Harris of the Louisiana Restaurant Association.

“I think the higher end restaurants now see the value in this as an additional revenue stream.  I mean for a while it was the lifeline,” Bandi said.

Since starting up, D’livery NOLA has almost tripled its number of partner restaurants to 300.  It has a fleet of 400 drivers with some 100 working on any given day.  Their movements, delivery times and routes are tracked at the office in Mid-City.

D’livery NOLA charges restaurants 17% percent of the delivery order.  National names like Uber Eats, Doordash and Waitr often charge at least 30%.  Harrington and Bandi say what also set them apart is their commitment to local restaurants.

“These are all the people that we see at the playground you know our kids go to school together.  This is our community,” Harrington said.

The restaurant community is hurting and needs help.  Like the thousands of unemployed hospitality and service industry workers, the restaurant industry is pleading with Congress for another round of pandemic relief.

“It’s so disappointing that they can’t have the foresight because every minute that they waste more restaurants are closing.  There is just no if ands or buts about it,” Rodrigue said.

RELATED: ‘An invisible industry’ | Event workers suffer as gigs continue to fall through

Meauxbar in the French Quarter permanently closed its doors just over a week ago.  According to Yelp more than 32,000 restaurants across the country have closed since the beginning of the pandemic in March.  There’s no comprehensive list of local closures, but there’s a general understanding that if the tourism industry can’t bring back millions of visitors, we’ll see more restaurants shutting down in the coming months.

“Around the state we’re looking at probably a 25% to 30% restaurant mortality rate and the New Orleans area where we’re more hospitality and tourism and corporate meeting and tradeshow driven, it could be 50% or higher,” Harris said.

“We’re out on a limb hoping the locals will be out to support and are going to help us move forward,” said Alfred Singleton of Café Sbisa.

Singleton is planning to expand outside seating at his restaurant and reopen before Thanksgiving.  The biggest motivation is his staff, many of whom are family members or people he considers family.

“Bills don’t stop coming.  Mortgages have to be paid.  People’s rent has to be paid.  Food has to get put on the table, among other things that have to take place in their lives.  So, we have to do everything we possibly can to make sure that is taken care of for them and also, we have to bring this thing back to the City of New Orleans.  This is a beautiful place. Were in love with it and want to see it thrive,” Singleton said.

That kind of commitment, whether it’s to their staff or the city, is woven through so many restaurants.  It would be hard to picture some communities in New Orleans without their neighborhood restaurants.

“I think if anything it’s the other way around.  We are still here because of the community.  I think with us losing the business from a lot of the offices around here, until they come back what’s keeping us afloat is the community,” Kevin Tran said.

To stay afloat, industry watchers say restaurants will likely increase their deliveries, curbside services and outside seating.  These changes are likely to last until the pandemic is over or a vaccine becomes available.  The roughly 1,500 restaurants in New Orleans hope they’ll still be in business when that time comes.