“I’m not sure, but I’m almost positive, all music came from New Orleans.” – Ernie K-Doe.

Explore the world’s richest musical city, starting with Louis Armstrong Park and Congo Square, historic site of African slave gatherings, the only place in North American where pure West African religious ritual and musical traditions were performed. Congo Square is considered the wellspring of all New Orleans music and, consequently, so much of worldwide popular song. It is also the site of the first New Orleans Jazz and Heritage Festival (1970) and the Municipal Auditorium.

From outside St. Louis Cemetery #1, see the New Orleans Musicians Tomb, the use of which was donated by the musical dynasty Barbarin Family for free burial to musicians. The first burial to take place was for Lloyd Washington of the Ink Spots on October 23, 2004. The Musicians Tomb was restored and is administered by Robert Florence of Historic New Orleans Tours.

You will visit Basin Street Station and stroll down Basin Street where you’ll see the remains of Storyville (including Frank Early’s “My Place” Saloon where “Pretty Baby” was written), fabled turn-of-the-century red light district whose parlors presented the likes of King Oliver, Buddy Bolden, Jelly Roll Morton, Sidney Bechet and many more during the early days of jazz.

Then stroll through the Tango Belt to May Bailey’s and the site of the Old French Opera House ending with the legendary Preservation Hall, a place which represents the past, present, and future of New Orleans music.

Learn the origins of New Orleans Bounce Music and check out the world’s greatest street musicians who are carrying the flame to this very day, and learn where the hottest acts are playing! 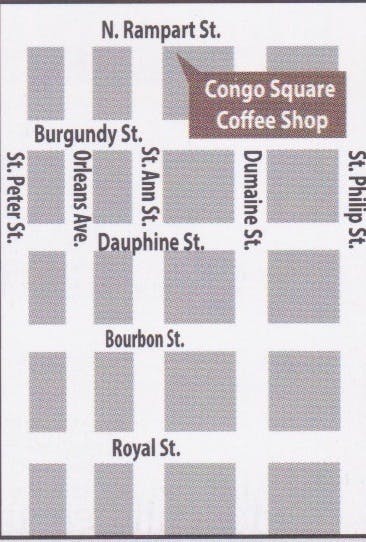 Experience Treme –  a fascinating neighborhood with deep cultural roots that are still alive today, as well as the amazing above ground St. Louis Cemetery #2. Book your tour online.

Experience the haunted side of the French Quarter! Learn about some of New Orleans’ most sinister characters and visit eerie locations! Book today!